The dream of becoming a dj began at an early age for Rotterdam born Han Beukers (1966). As a
youngster he listened to the soul show and mixes of Ben Liebrand on the radio. In the eighties he
spent many hours, with his mate Vincent, listening and buying the latest new import records at
Hotsound in Rotterdam where he also witnessed the birth of the house and later the trance music.
During that time they regularly played at school parties under the artist name of “Studio1999”. His
sales and marketing career in Telecom & ICT brought him a different path during that time.
Uplifting Trance
When Ferry Corsten played the track Out of the Blue (Violin edit) at Trance Energy Han became
passionate about Uplifting Trance. Throughout the years and thanks to the many (Dance & Trance)
festivals, the dj booth continued to attract. In the summer of 2015 he refuled his old hobby and
dream by buying a Numark DJ-set. The mixes he made as a bedroom dj were picked up by RTV
Krimpenerwaard and in February of 2016 he launched a weekly radio show called Time4Trance. The
fan base of this live radio show is steadily growing thanks to the support and guestmixes by djproducers such as; ReOrder, Björn Akesson, Ram, Radion6, Allen Watts, Amir Hussain, Dimension and
live performances in the studio by; Faith Mark, Misja Helsloot, Willem de Roo, Angelique, Marc de
Heijer, Westerman and Oostink, KO-C, Tim Verkruissen, Spark & Shade and many others.
Boyhood dream
His enthusiasm for the Trance music and mixing did not remain unnoticed and in 2017 Han gets his
shot at his boyhood dream with some live performances at; Have Faith in Trance, Reverie Events at
the Tropi Trance Bar on Ibiza, Trance cafe and City Beats among others.
In recent years he was allowed to share the stage with dj’s like: Philip El Sisi, KO-C, Faith Mark, Fady
& Mina, Amos & Riot Night, Misja Helsloot, Marc van Gale, Swen van der Endt, Tim Verkruissen and
many more …
On December 6, 2019 he and FAWZY released their first track on Trancespired Recordings, called
Anthem Of The Ancient Kingdom. This was soon followed in May 2020 by a 2nd collab with FAWZY
called Euphrosyne which was released on the Entrancing label. In the summer of 2020 his first EP will
be released on NRGIZED Audio called Elpis and a collab with his friend FAWZY and Nuttalya.
His tracks have been supported by Paul van Dyk, Natalie Gioia, Roman Messer, Misja Helsloot,
Artento Divini, DJ Phalanx, Paddy Kelly, Spark & Shade, Tycos, Michael Milov, Northpole, Ayham52
and many others. 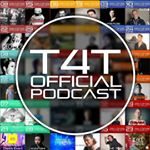